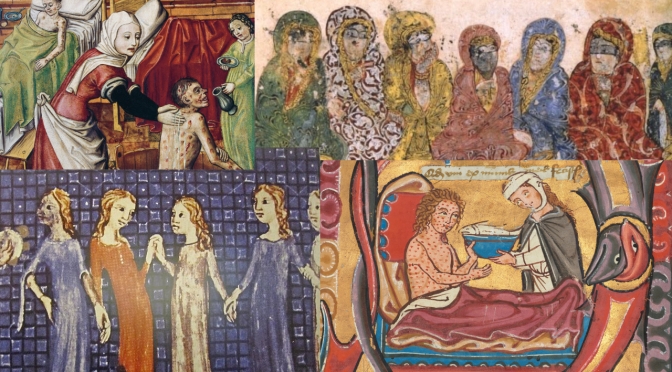 In testimony at her trial in 1410, the surgeon Perretta Petone claimed that ‘many women’ like her were practising all over Paris. While she may have been exaggerating for rhetorical effect, Perretta was certainly right that she was not alone as a female in medical practice. From the famous Surgeon Hersende, who accompanies St Louis on Crusade in 1250 and who would later marry a Parisian apothecary, to various Jewish eye doctors in 15th-century Frankfurt, to phlebotomists at the French Dominican nunnery of Longchamp, to Muslim midwives at the royal court of Navarre—whether they were surgeons or optometrists, barbers or herbalists or simply ‘healers’ (metgessa, medica, miresse, or arztzatin), women were almost always among the range of practitioners who offered their services in the western European medical marketplace from the 12th through 15th centuries. (Green 2008 [b] 120)

A great diversity of women practised some form of medicine throughout Europe in the Middle Ages (500-1500). Medical historians have identified a wide variety of female practitioners—from various regions, faiths, and social classes—engaged in general healing as well as specialised branches of medicine, including surgery, barber-surgery, and apothecary. Moreover, these female practitioners had the freedom and legal right to practise their healing arts. These rights were not taken away in systematic broad measures until the 14th century.

The open existence of officially sanctioned women healers came sputtering to a halt with the widespread establishment of European universities and the accompanying degrees and licences necessary to practise medicine. A licence to practise medicine as a physician could only be obtained after completing a university education—and women were banned from attending university so… that should have been that.